For many foreigners in the military and in civilian life taking up residence in the Philippines was their first experience in employing domestic helpers. While some had employed “blacks” and “Mexicans” back home in America, Asia proved to be a new challenge. Chinese, Japanese, Portuguese and Filipino domestics eagerly sought employment with foreign families. Usually it meant higher pay, better working conditions and prestige.

In this piece Ms. Maida Turtle, wife of an Army officer (probably of senior rank-Major, Lt. Col or Colonel) weighs in on her personal travails with a variety of Asian “Servants”. Today’s readers will likely be rightfully shocked at Maida’s remarks. Be reminded that racism and the notion of “white supremacy” was very common in 1933. For example, the U.S. Army was strictly segregated into “white”, “black” and “other” units. The Philippine Scouts were an example consisting of “White” officers commanding Filipino enlisted men.

While Ms. Turtle’s piece of writing, aimed at her audience of Army wives, was intended by her at the time to be witty and humorous, today’s readers will justifiably wince at her condescension. 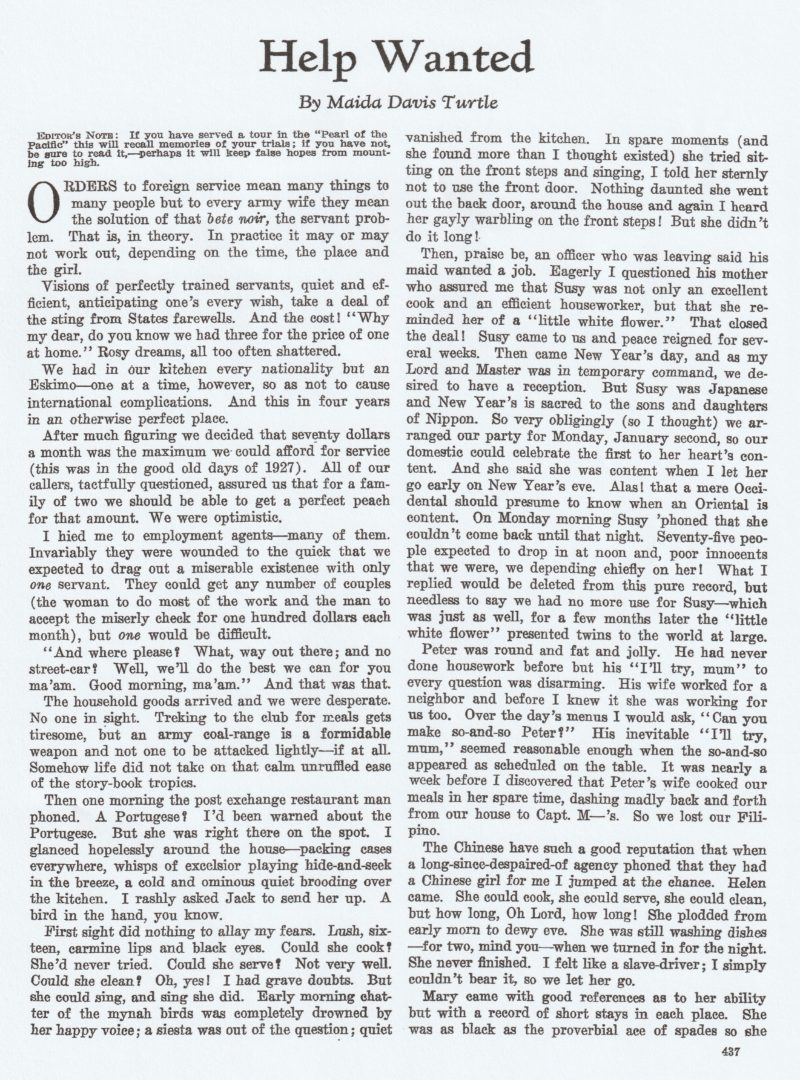 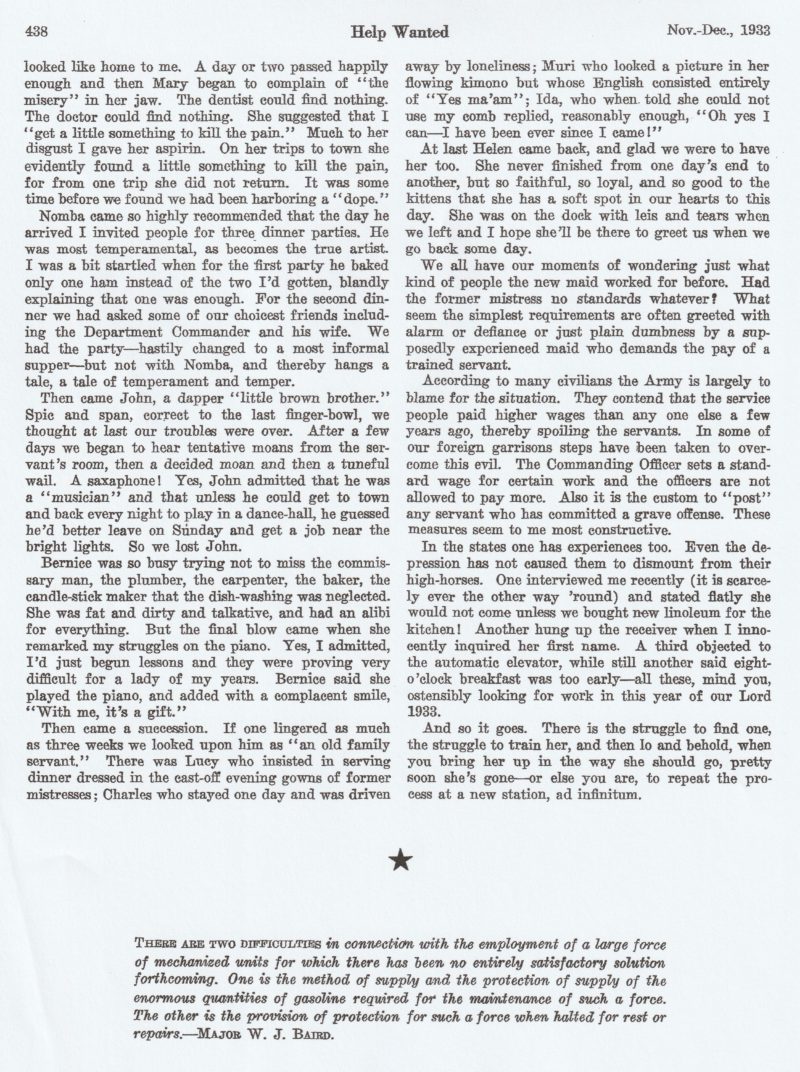