Manila started as a small native settlement on the banks of the Pasig River. In the 1500’s the Spanish came. Then came the Chinese seeing commercial opportunities. Finally, the American arrived as military forces to defeat Spain.

By the late 1930’s Manila was home to about 600 thousand; the principal city in an island land of 15 million. About one third spoke English. Only 5 percent spoke Spanish, dramatically reduced from 30% in 1900. There were a variety of nature tongues. Tagalog was most prevalent. South of the Pasig River southern China dialects were the rule.

American Colonial Government promoted English as a language to unify the islands in the face of some 150 tribal tongues. A small Japanese Agribusiness-Colony in Davao spoke Nihongo and kept to themselves.

At the end of the Philippine-American War (1902) the “Taft Commission” arrived. Their work became the foundation in creating an American style city in Asia. In 1905 Governor Taft brought in prominent city planner Daniel Burnham. Burnham and associates laid out the framework for a city patterned after Washington DC.

Americans in total made up only a small part of Manila. (Approximately 7,000 Government /Civilians plus 2,000 Military) But their power in government and commerce held sway. One arriving US Army officer observed that Manila reminded him of a small American town. It was in many ways. Daily life revolved around work at the Escolta Commercial Street, Juan Luna financial district and Port Area / Pasig River Shipping District. Americans resided in Santa Mesa, San Juan, Ermita and Pasay. Social life revolved around various clubs (e.g. Elks, University, Army-Navy,Polo). The Manila Hotel, Tom’s Dixie Kitchen and Sta. Ana Cabaret kept Americans entertained. 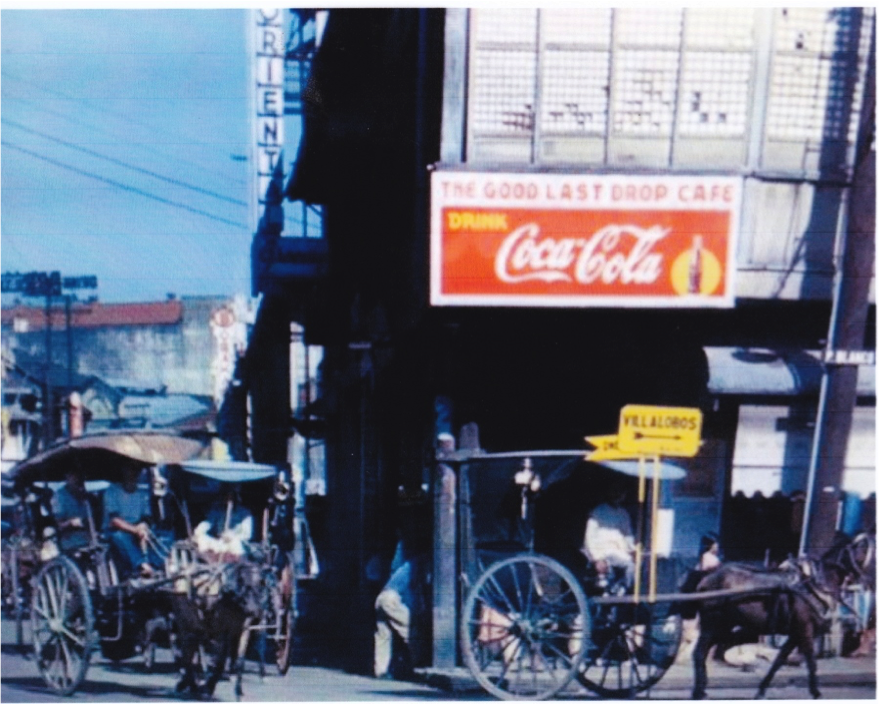 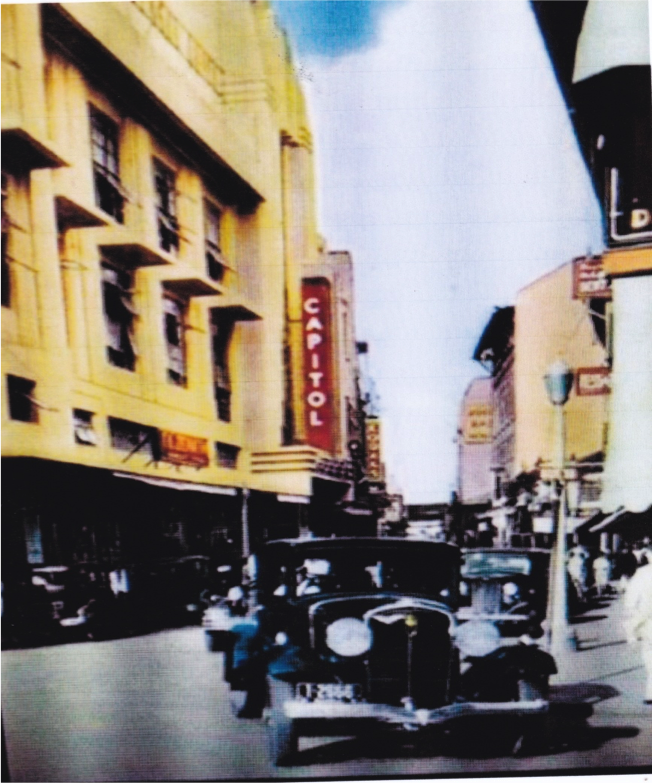 At the end of the Spanish-American War (1898) Spanish government and military personnel were repatriated to Spain. But many Spanish business families and Spanish mestizos stayed, plus Catholic Clergy. The center of the Spanish Community remained inside the walled city (Intramuros). The Spanish had their own social club, The Casino Español.

Traders from Southern China had links to the Philippines going back centuries. Arrival of the Spanish in the 1500’s led to an increased Chinese presence supporting the Manila-Acapulco (Mexico) trade. Galleons were built on the shores of Cavite by Chinese ship wrights. Center of the Chinese Community was Binondo and Santa Cruz south of the Pasig River.

“A Chinese Market on a Binondo Estero”

“Binondo Cascos on a Canal”

The Native City of “Indio’s” was scattered with Tondo its center. Indio’s supplied the bulk of common laborers. They lived simply for the most part and were of frugal means. 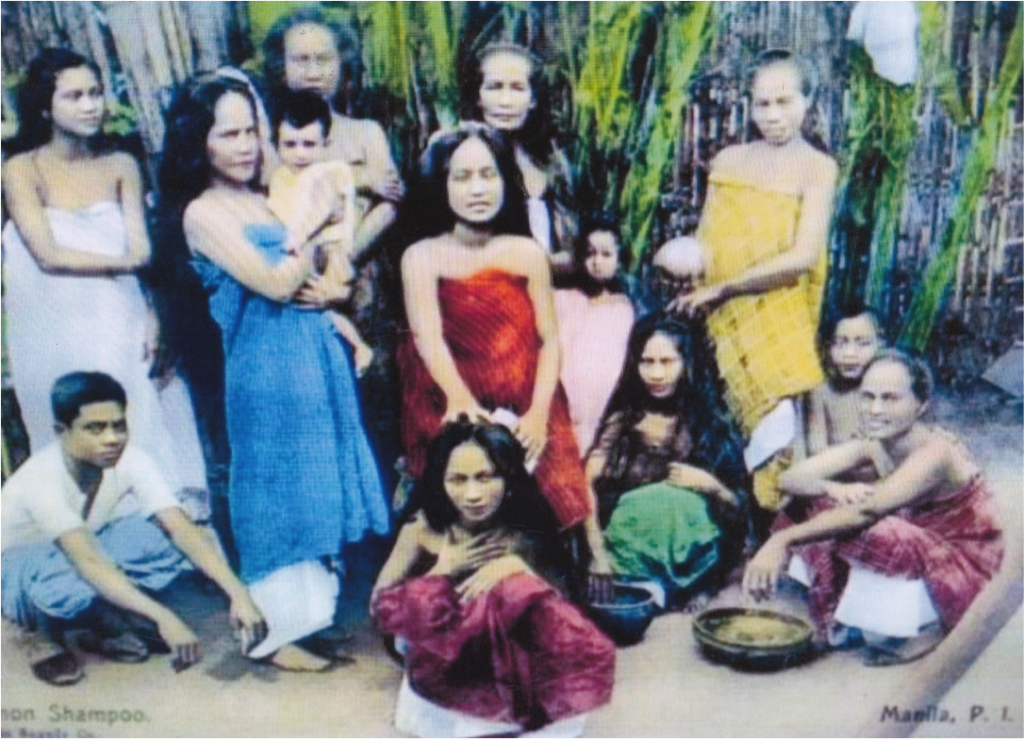 A fact of life in the 1920’s and 1930’s was racism and segregation. The U.S. Military was segregated, white and black troops. The notion of White Anglo-Saxon Supremacy was widely accepted in America and Europe. American army troopers fighting in the Philippine-America War had no reference point for Filipinos. Because of their dark skin Filipinos were lumped in with Negros and American Indians; both imagined to be inferior. Americans were more comfortable being with Spanish and Spanish Mestizos. The Chinese were another matter. Americas of the era held little respect for Chinese. They were considered good only for cheap, hardworking labor. The Japanese were a different story. They were promoted and accepted as “White Asians” by President Teddy Roosevelt. Such was the make-up of Manila in the 1920’s and 1930’s. Four distinct ethnic groups occupying the same space but living separate live. BB 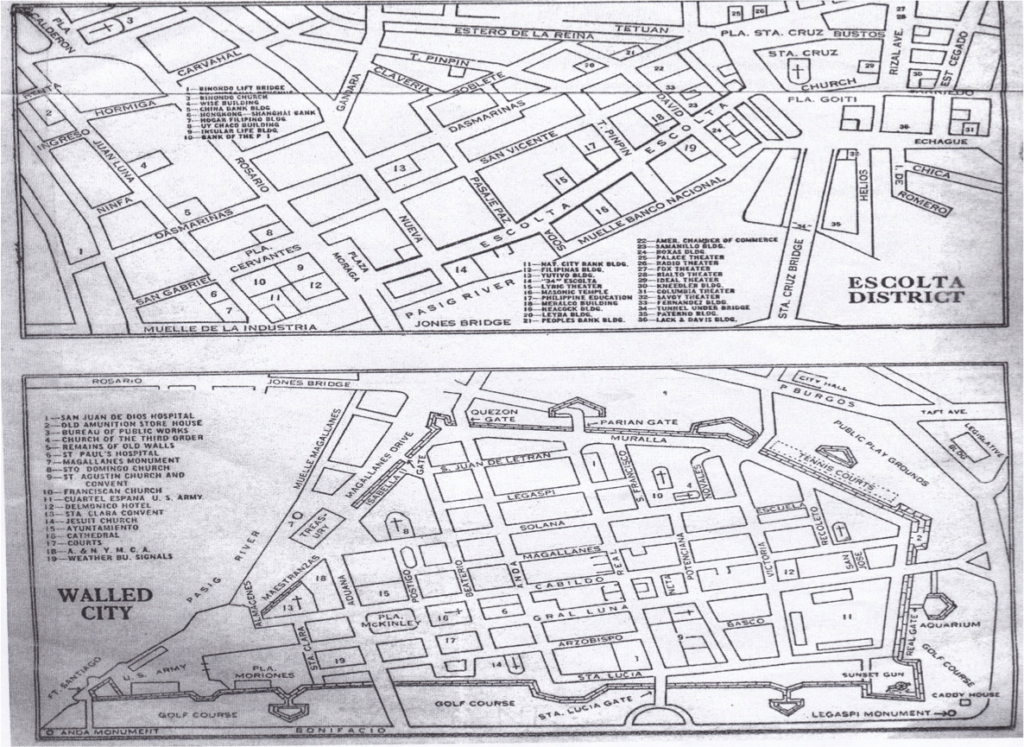