Tom’s Dixie Kitchen and Tom’s Oriental Grill at Plaza Goite, Escolta were legendary entertainment spots. A 1933 American Express Guide described them as “Manila’s headquarters for food and drink, known throughout the Orient”. Creator of both restaurants was Tom Pritchard, a black man born in 1883 on the British Caribbean Island of Granada. The Baltimore, Md Afro American News wrote a feature article on Tom (March 24, 1928) Captioned “Tom’s Dixie Kitchen, Now Manila’s Pride”. The article notes Tom’s work on a Chesapeake Bay Oyster Schooner and as a Cook with the U.S. Army Transport Service (USAT). During that stint Tom became a U.S. Citizen. Tom arrived in Manila, age 22, in 1905. He liked the city. In 1910 he signed off USAT being hired by well-known restauranteur “Met” Clarke, owner of the popular “Clarke’s Ice Cream Parlor and Soda Fountain” located at Plaza Goite. Tom’s assignment was to start a daily lunch service. Fate intervened. Clarke went bankrupt due to a failed investment in a Benguet gold mine. Tom was jobless. Undaunted he opened a small restaurant specializing in Southern Style American Dishes. It consisted of a lunch counter and a few small tables. Tom named it “Tom’s Dixie Kitchen”. Tom, remembered as “a big black man with a smile from ear to ear” succeeded. His business and reputation grew. By the mid 1920’s the Dixie Kitchen occupied nearly an entire block, serving delicious meals to business men, military personnel, government officials and celebrities. Twelve cooks and fifty waiters kept things humming 365 day a year, day and night. “The Dixie” was always active but orderly. Tom was usually on hand, visiting tables to kibitz with customers and check on service. 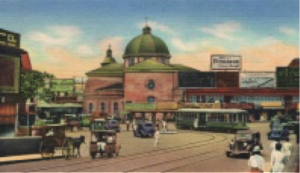 In 1928 Tom went up scale. He opened “Tom’s Oriental Grill”. He invested a considerable sum in furniture, equipment and fixtures from China, Burma and Java. At night diners enjoyed dancing to an Orchestra.

The late 1920’s and 1930’s were good economic times in the Philippines. Tom’s restaurant business prospered. But in 1940 and 1941 war clouds were gathering. Business suffered. In early 1941, the Dixie Kitchen and Oriental Grill closed their doors, never to reopen.

Below is one of the few existing *photos of Tom; in his prime, he is dressed in a typical tropical white business suit and two tone “palm beach” shoes both popular at the time. 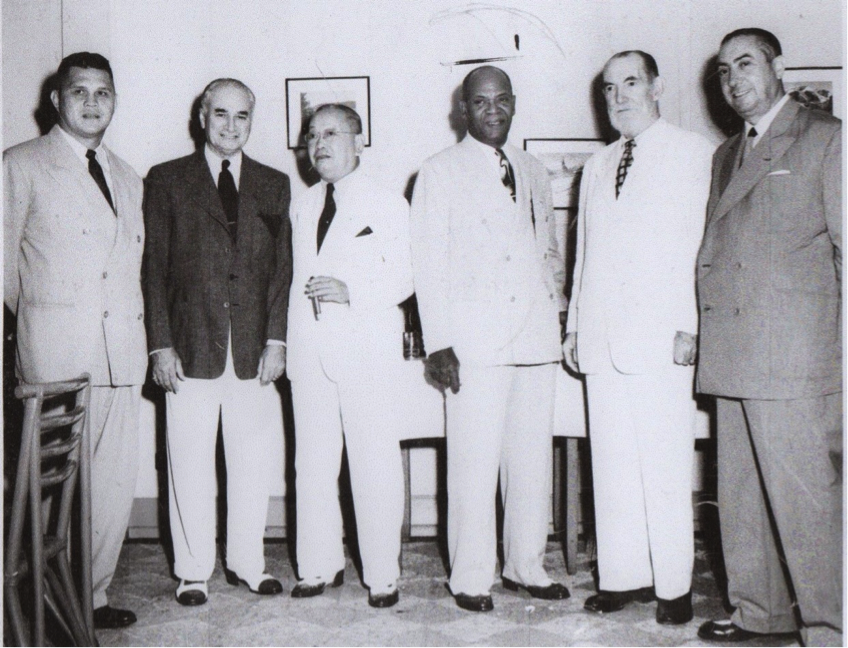 Below also is a 1937 *Ad for the Oriental Grill showing its interior, dance floor and kitchen, plus a 1937 Oriental Grill Menu*. Its length and variety is impressive even by today’s standards. A word about prices. In Pre WW2 one US Dollar equaled two pesos. For example “Hot Roast Beef with Gravy and Mashed Potatoes” Php60 Centavos” was US 30 cents. For readers interested in bringing 1937 prices up to current prices (inflation) multiply the menu prices by 35. Using the example above Php60 become Php480 or about US$10,20.

A footnote on Tom Pritchard. He was married to a Filipina from Iloilo. They had two sons and one daughter. Tom was not interned by the Japanese during WW2. He reportedly provided food to residents of the Santo Tomas University Internment Camp. After the war Tom was said to be active once more in the restaurant business via “Tom’s Log Cabin” and “The Mango Terrace”. Neither achieved the fame of his prewar bistros. Tom died, age 81, in 1984 and is buried in the Manila North Cemetery. –BB