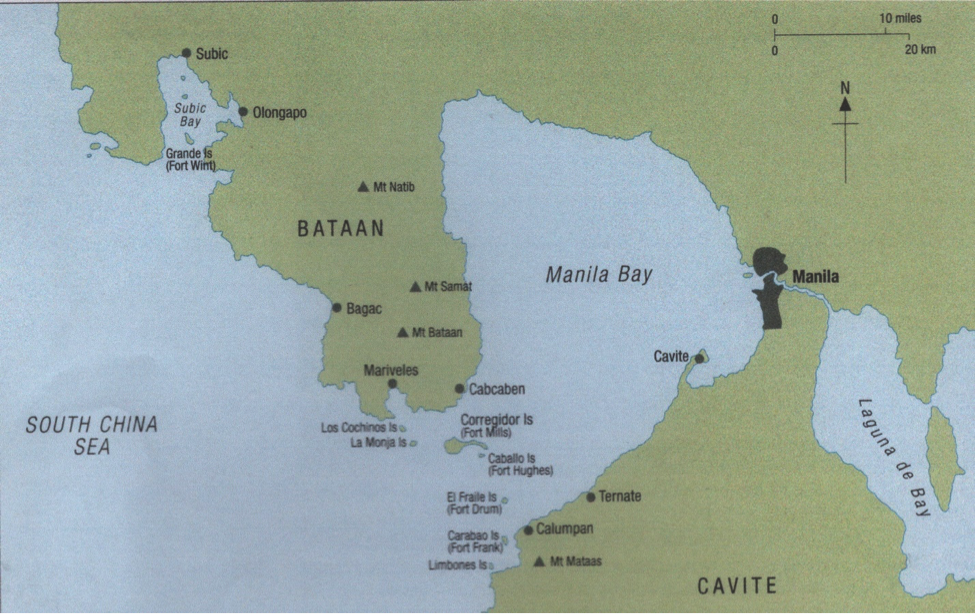 The Fortified Islands of Manila Bay

A 1919 US Army / Navy planning exercise theorized a war with Japan. It concluded with a recommendation for a military buildup of forces in the Philippines, Guam and Hawaii. Soon thereafter the 1922 Washington Naval Treaty, the 1930’s Depression and Philippine Independence put a stop to it. The famed Corregidor Malinta Tunnel Complex was completed, but weapons installed on the Fortified Islands guarding the entrance to Manila Bay were largely obsolete by 1940. This piece describes what life was like for officers and enlisted men (and wives) assigned to Corregidor; units of the Army Coast Artillery Corps, and Philippine Scouts. Peace time days were filled with routine drills and training. For the wives it was golf, swimming, cards and mahjong. There were daily boats to Manila, two hours away, with its entertainment and shopping pleasures. Many took the opportunity to travel to Baguio and the Southern Visayan and Zamboanga Isles. Some ventured further to Java, Singapore and Hong Kong. In summary life was good but routine, but with a slice of adventure. BB