Japanese military strategy to conquer the Philippines focused on taking Manila. A main body would drive south from Lingayen while a smaller force would drive north from Lamon Bays conquering Manila in a pincer movement. Other cities and areas would be taken later by token units.

In this post American Ms. J.H. Sherk (wife of a mining engineer) relates her experience with Japan’s attack on Legaspi City December 12, 1941. Ms.Sherk advised USAFE Headquarters in Manila on details of the Japanese force and plans to fight back. USAFE Command advised her to “Get the hell out of there and proceed north”.

Zamboanga City on the Island of Mindanao was one of the last places seized by Japan. On March 2, 1942 a small Imperial Army force landed after a short sea bombardment and aerial strafing by aircraft carrier planes. Col. Wilson, Commander of US Army Forces in Mindanao, loaded up men and supplies and retreated into the mountainous jungle. There they remained, unbothered by the Japanese. On May 19, 1942, after Corregidor surrendered, orders came from General Sharp in Manila to surrender. Col Wilson and most of his officers and men surrendered to the IJA as ordered. But some fought on us members of guerrilla unit, until liberation in 1944/1945. BB

The Japanese Attack on Legaspi and the Occupation of Zamboanga: 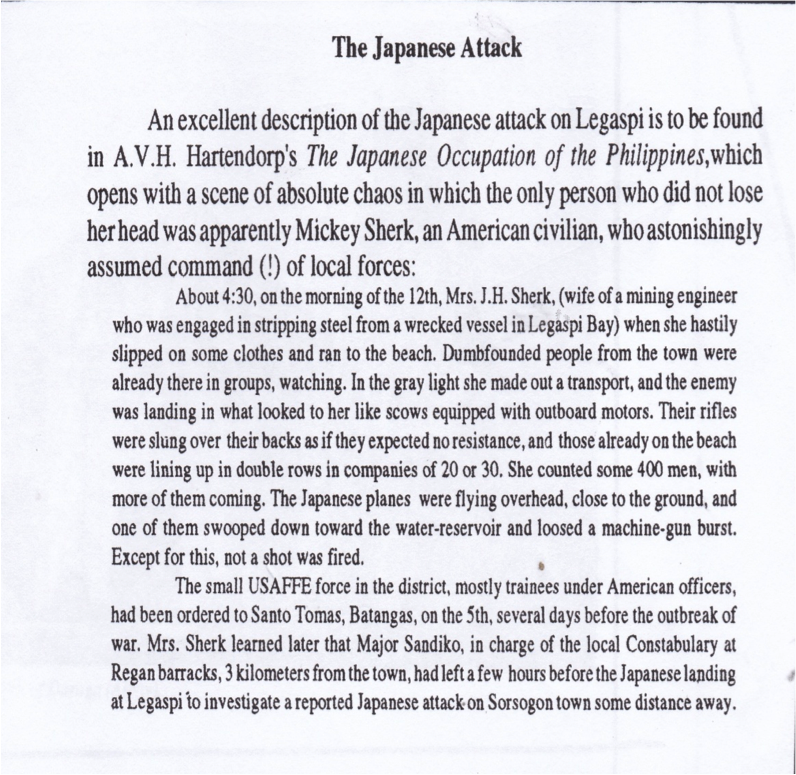 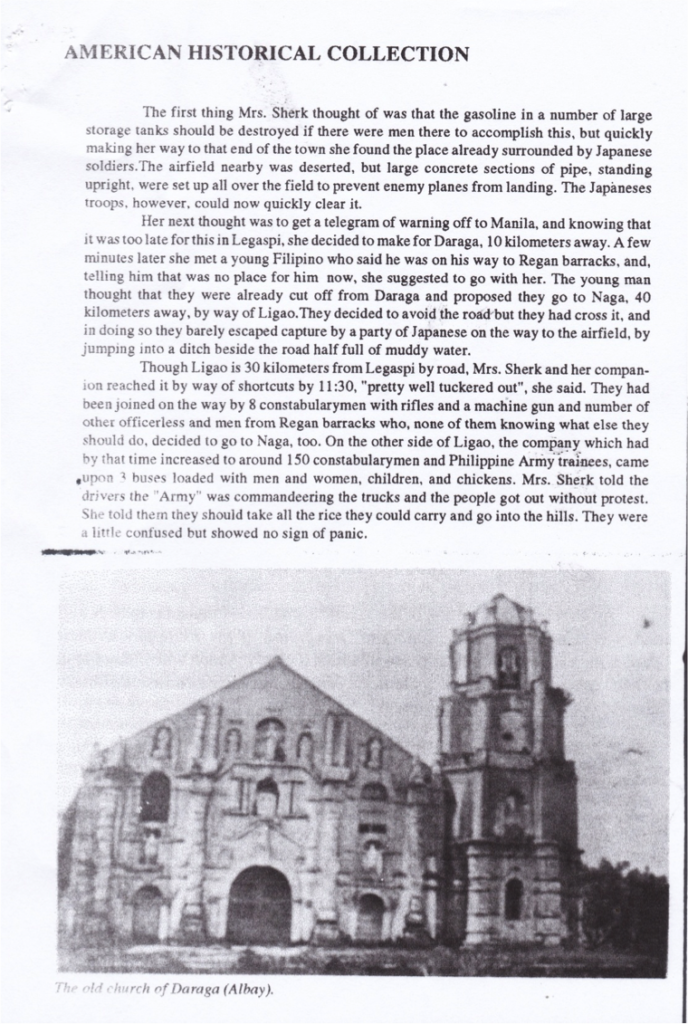 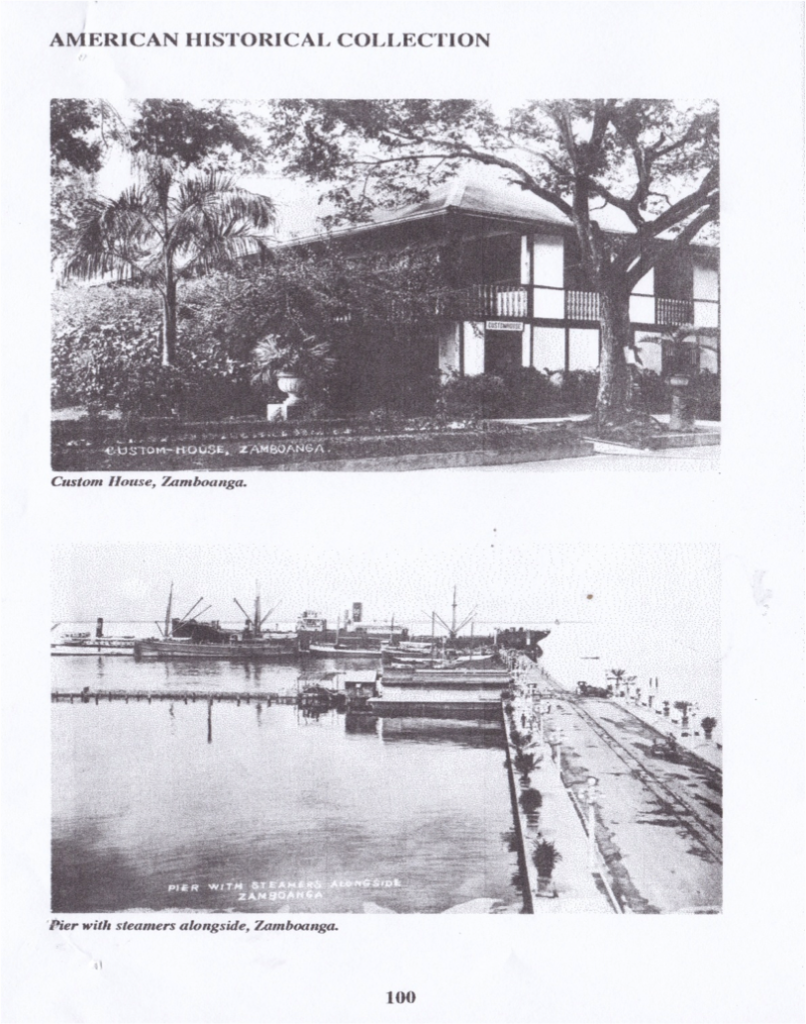 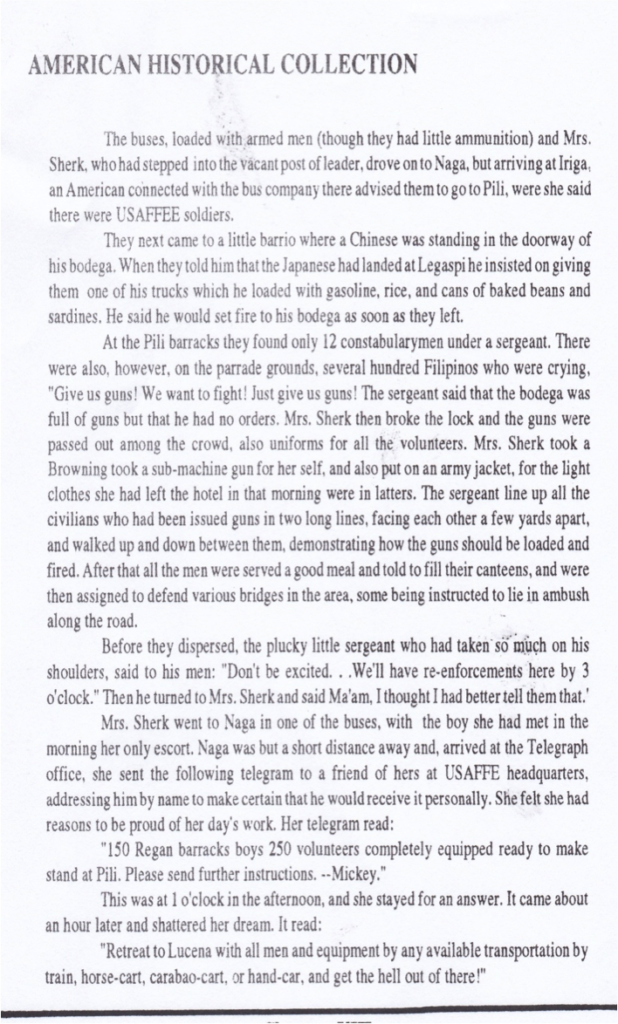 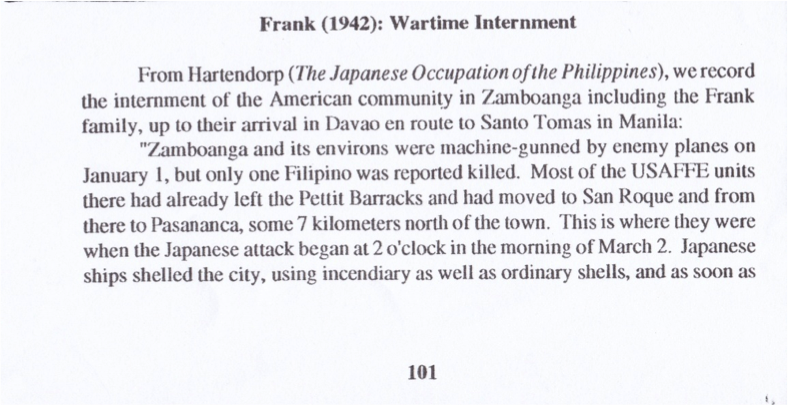 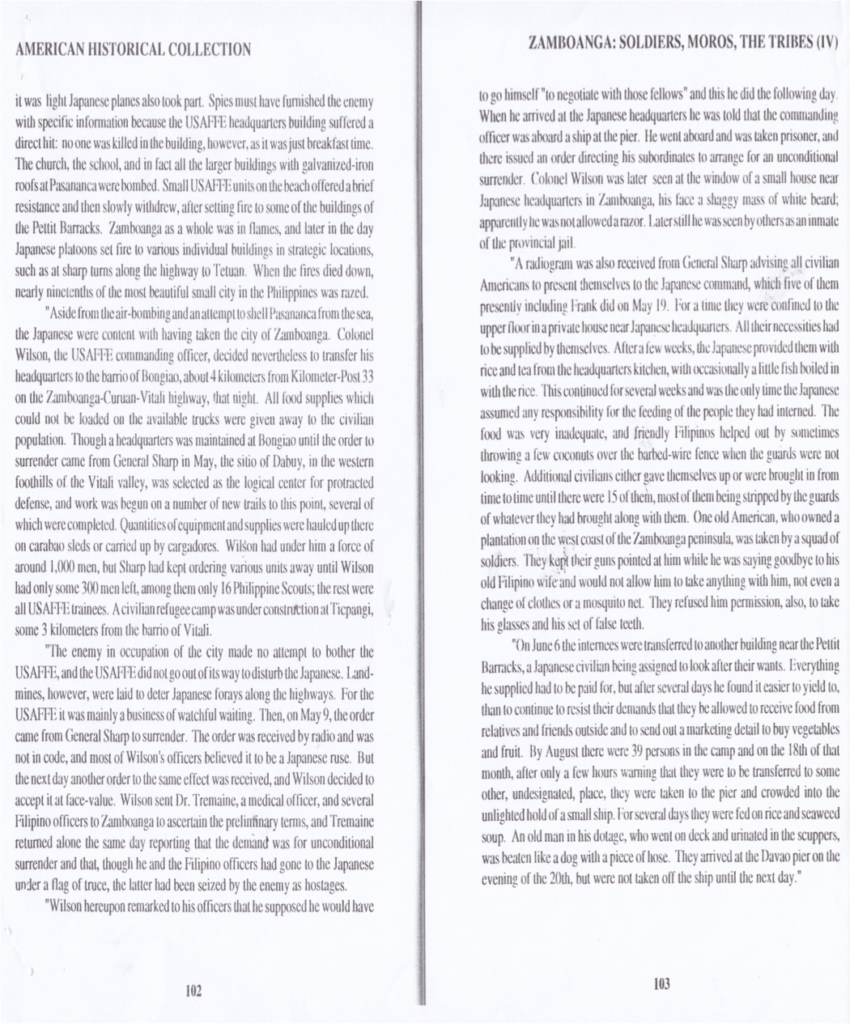 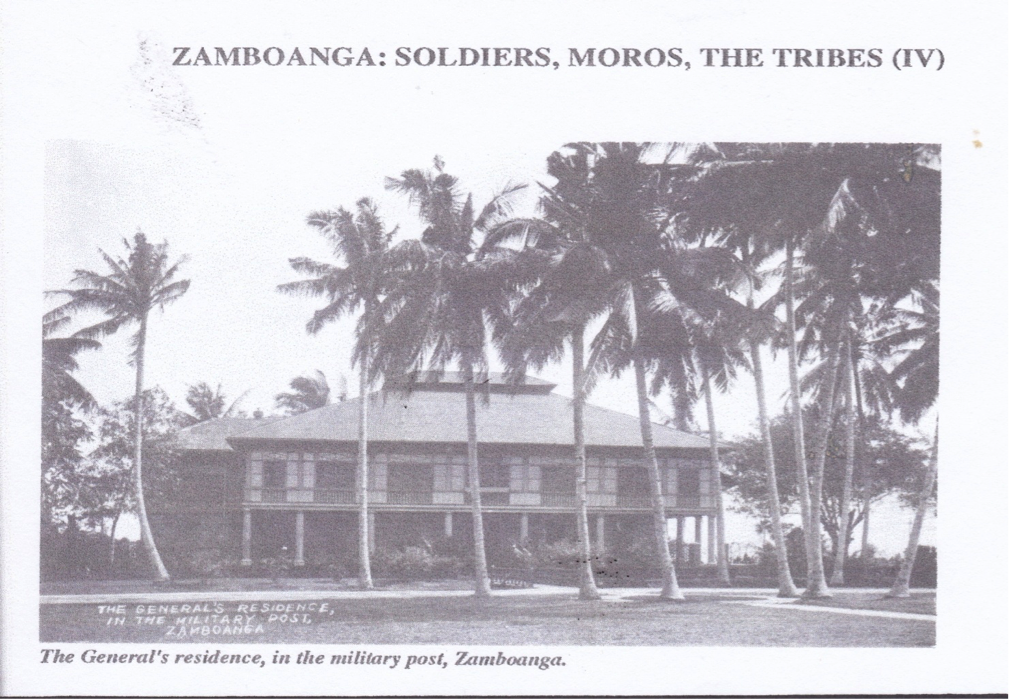