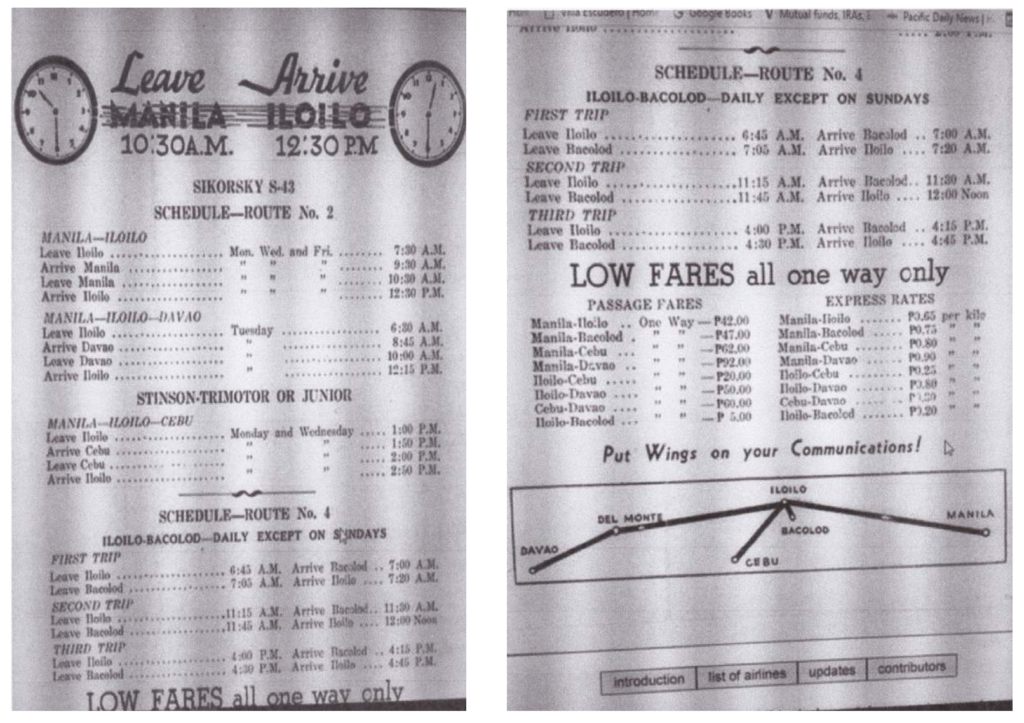 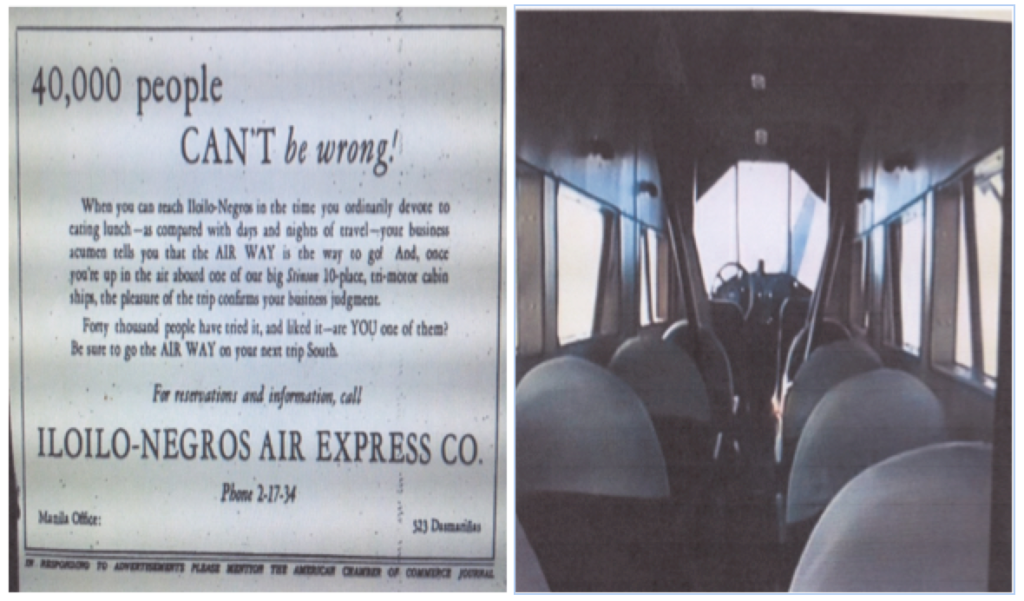 Based on successful operations INAEC upgraded its equipment in 1937 with the purchase of two Sikorsky S-43’s. At the time Igor Sikorsky was a widely acclaimed aircraft builder, supplying Pan American Airlines with four and twin engine planes. The two engine S-43 was known as the “Baby Clipper”. It could land on both sea and land, ideally suited for the Philippines. 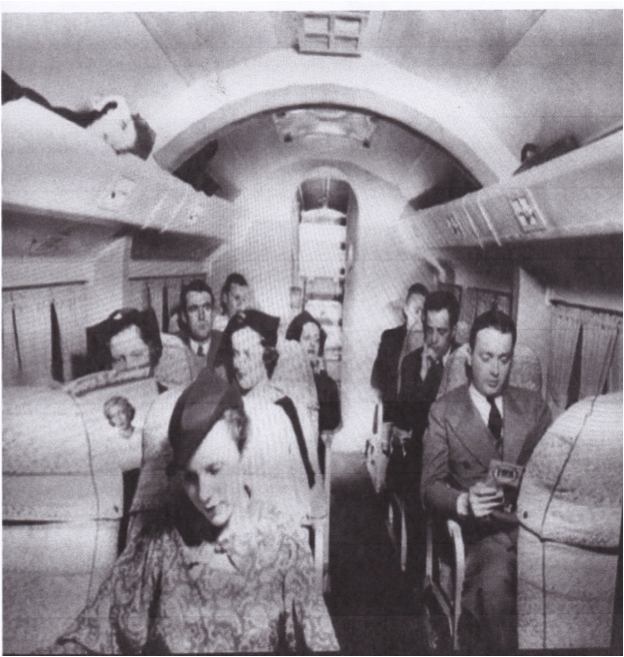 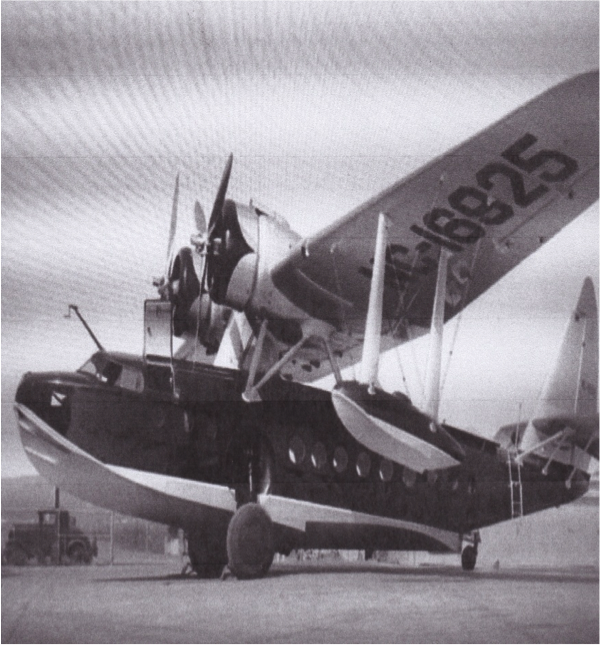 The S-43 held 18 passengers plus a crew of two. It featured a “CR” and pioneered having a flight attendant. The S-43 cruised at 150mph.

In 1940 INAEC reportedly carried 2,000 passengers per month. In December 1941 disaster struck. The entire fleet was destroyed in the Japanese invasion.

The Lopez family resurrected the company in 1946 as Far Eastern Air Transport (FEAT)”, which was merged into Philippine Airlines in 1947. BB