Letter from “Betty”, Wife of the Captain of U.S. Destroyer Stewart DD 224 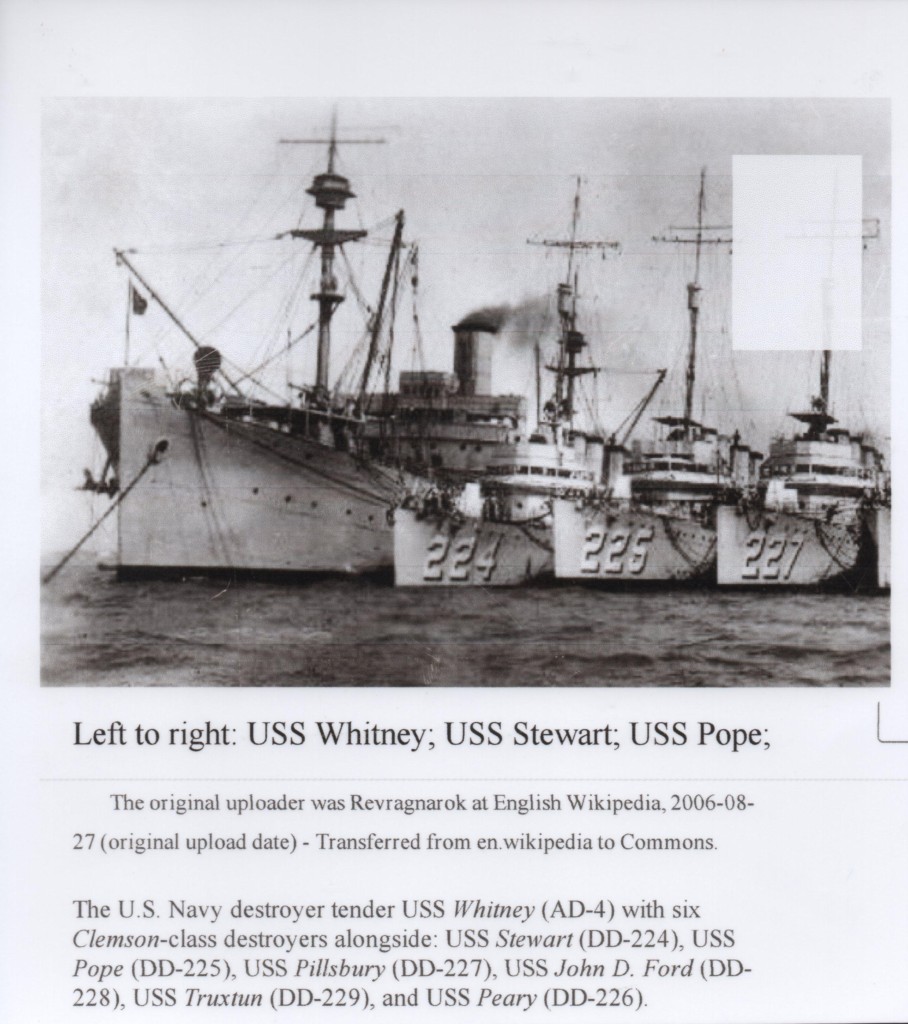 The USS Stewart was a warship home ported at the Cavite Naval Base, part of the United States Asiatic Fleet. The Fleet operated out of the Philippines in winter. Summers were spent in the northern waters of China and Japan protecting America’s interests in Shanghai and other “Treaty Ports” along the Yangtse River.

On Easter Sunday, April 1934 “Betty”, wife of Stewart’s Captain, wrote a newsy letter to her friend in the States from her six month temporary residence at US Army Camp John  Hay in Baguio. Betty reveals her concern about looming Philippine independence and predicts Japan’s conquest at some near future date. How correct she was. – BB

Download: Letter from Betty, wife of the Captain of US Destroyer Stewart DD 224