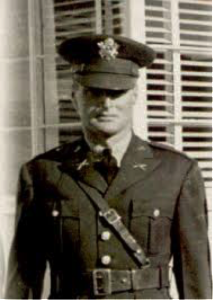 Captain George Steiger, US Army/ Costal Artillery, was sent to the Philippines in mid-1941 as part of the build-up of US. Armed Forces in anticipation of possible Japanese aggression. His duty station was the Island Fortress of Corregidor from September 1941 until May 1942 and its capitulation to the Japanese Army.

Shortly after arriving he wrote a letter home. It gives a good description of his three week voyage from San Francisco via Honolulu to Manila. He notes his initial impressions of Manila, (The Escolta and the Jai Alai Palace). The letter ends with a description of the living conditions of an Army Officer on Corregidor. It’s no wonder postings to the Philippines were considered plums with its many amenities. BB