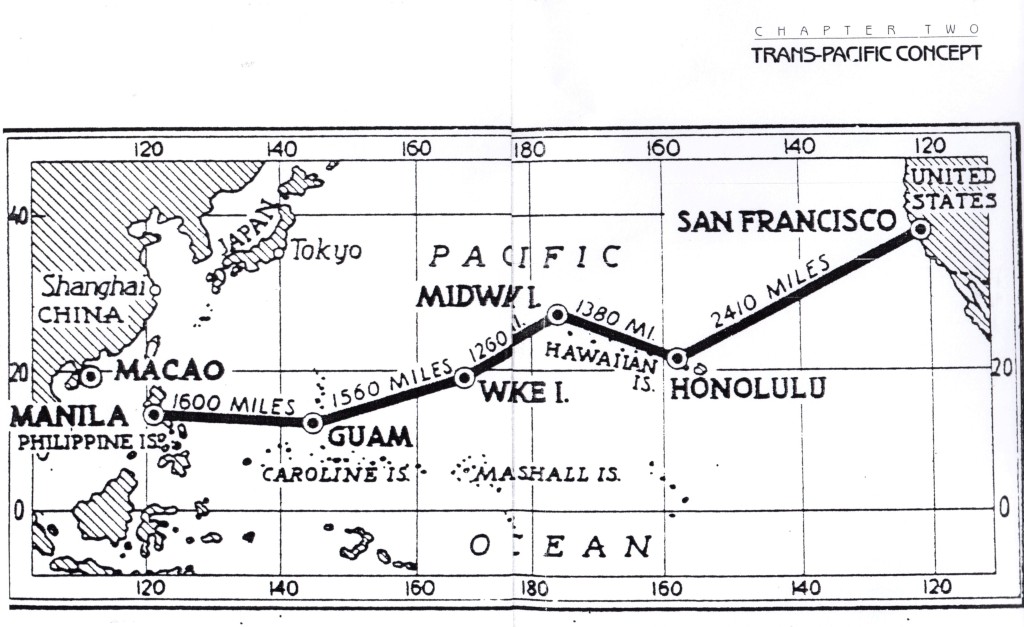 Pan American Airways (PAA) pioneered air service across the Pacific. Air Mail Service started in 1935 and Passenger Service October 1936. PAA’s three Martin 130, Seaplanes were the most modern airliners of the time. Travel time was cut to seven days from the three weeks it took by steamship. The cost of a Round Trip Ticket San Francisco-Manila was US$1,600, (a real luxury considering, for example, the cost of a Ford Car was US$ 300). Most passengers were Top Government Officials and wealthy businessmen. BB 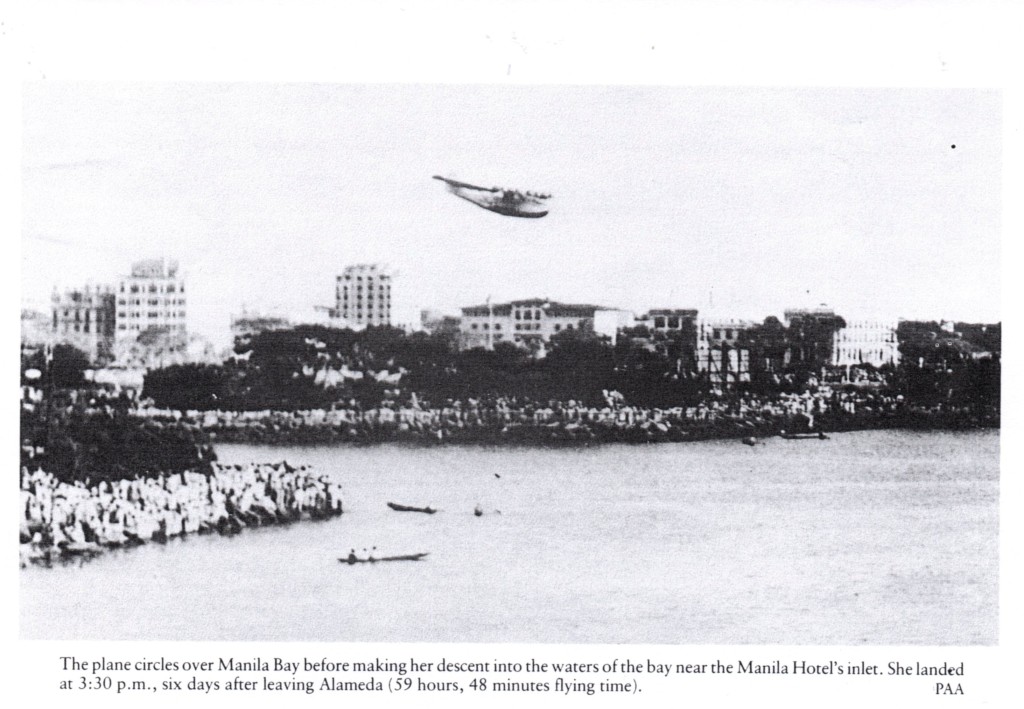 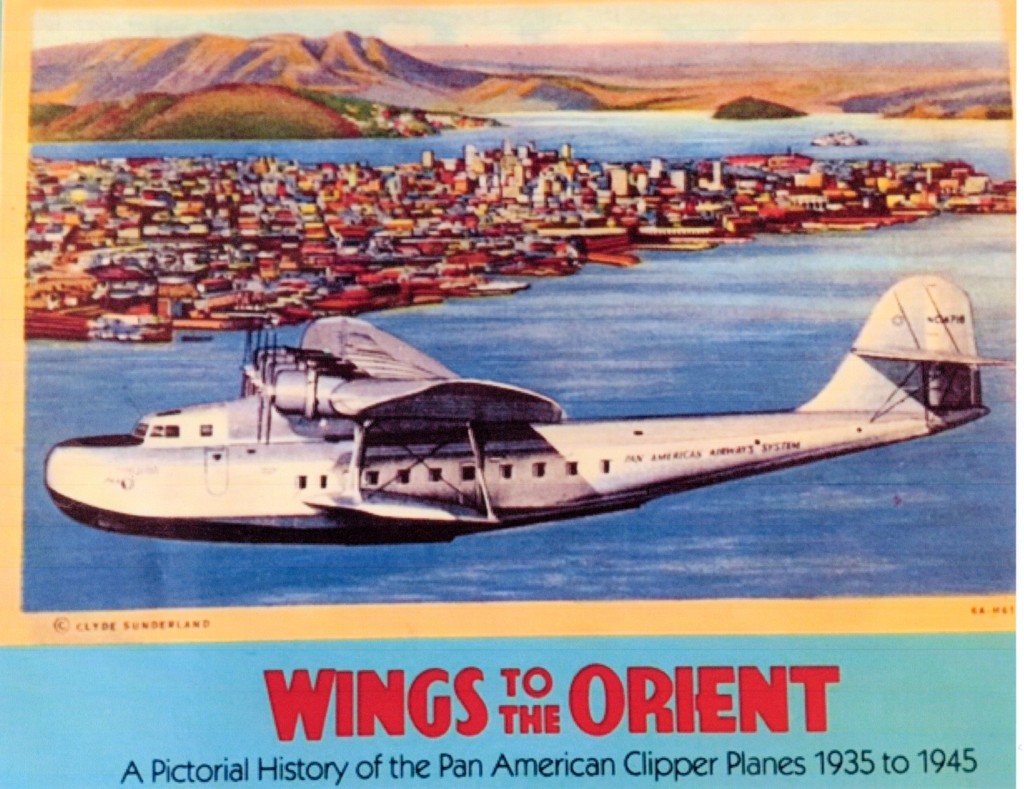