In today’s travel world nearly every major city around the globe is within a day’s reach by jetliner. But before the era of commercial aviation a trip from Manila across the Pacific Ocean to North America meant a three week voyage by steamship. The same applied to travellers selecting a western route via the Suez Canal and Europe. It was common practice for Philippine based Americans to take six months, or longer, home leave after 4-6 years of service in the islands.

In the early years both military and civilian personnel travelled on U.S. Army Transportation Service (USATS) Ships. The SS Thomas is the most remembered since it carried the first group of Americans school teachers. They became known as “The Thomasites”.

Starting in the early 1920’s and up until the outbreak of WW2 two companies dominated transpacific shipping; the American Mail/ Dollar Steamship Line and the Canadian-Pacific Steamship Line. 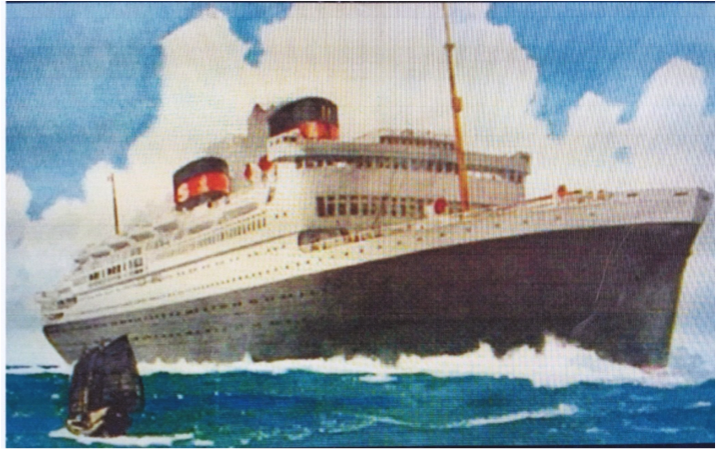 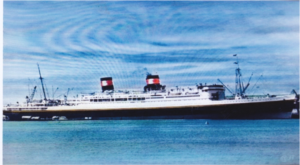 Founded by Scotsman Robert Dollar (1844-1932) the ships were all named after American Presidents. In 1923 Captain Dollar engineered the purchase of seven liners owned by the US Government. The line grew quickly and operated up to 25 vessels. In addition to transpacific service the line pioneered “Round the World Service”. Revenue from US Mail contracts and cargos of Philippine hemp, lumber, cigars, sugar were crucial to operations. Returning ships were loaded with vehicles, machinery and consumer goods. Passenger traffic was of secondary importance until the early 1930’s.

Based on the economic boom days pertaining in the 1920’s the company ordered two liners where passengers would take priority over cargo. The ships were named SS. President Coolidge and SS President Hoover; sister ships at 22,000 tons, 615ft long they were nearly twice the size of current ships. GE and Westinghouse turbo electro power plants propelled the vessels at 22 knots. Both featured spacious staterooms, for up to 1,000 passengers, two saltwater pools, beauty/barbers parlors, a gym and convenience shops.

Fares in the early 1930’s for a Manila to San Francisco voyage offered five types of accommodations:

From Manila stops were made to discharge and pick-up passenger at Hong Kong, Shanghai, Kobe and Yokohama.

In late 1937 Japan attacked China. Revenue was severely affected as China trade dropped significantly. The American Mail/Dollar Steamships Line was declared bankrupt in 1938. The US Shipping Board assumed ownership. The line was reborn as the “American President Line (APL). 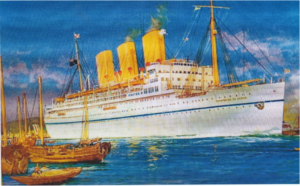 Empress of Japan in Port Shanghai

Canada’s largest operators of Pacific and Atlantic steamships was the Philippines second leading carrier of cargo and passenger traffic to North America. Its ships were British built and largely crewed by Brits. The line operated five steamships on the Pacific route. All were named “Empress” (Canada, Russia, Australia, Asia and Japan). Company tag line was “Fastest across the Pacific” via a Manila-Hong Kong-Shanghai-Kobe-Yokohama-Vancouver route ending in Seattle.

Canadian Pacific also saw the need to introduce modern passenger liners in the late 1920’s. This came in the form of the Empress of Japan which set sail in 1930; at 25,000 tons , speed of 23 knots and accommodation for 1,200 passengers in four classes. A sister ship was planned but not laid down due to 1930’s depressed economic conditions.

The 1937 Japan-China War greatly affected transpacific shipping which relied heavily on Shanghai trade. Schedules became erratic. In 1941 and 1942 the vessels of both steamship lines were pressed into American and British Military Service as troop carriers. BB